In the spirit of CodeInFig’s recent post, I’m taking a coding break this Valentine’s Day and instead writing up an About the Blogger. The only problem is, as you may have noticed from my picture, I am a cartoon character. There’s not much to know. So instead of writing specifically about me, I’m listing 7 of my favorite books. In no particular order:

#1:  Ready Player One by Ernest Cline
Best Dystopian with a Truly Impressive Number of 80’s References

A treasure hunt in virtual reality. Super nerdy characters—the kind that can recite scenes from War Games word for word. For anyone who grew up prior to the turn of the millennium, it’s bound to trigger some nostalgia. Steven Spielburg is directing the movie being released in 2018.

The bizarre tale of a Wally’s video store clerk, his friend John, and a designer drug called Soy Sauce. It opens with a gruesome riddle that honestly seems beside the point until you get to the end and realize that the ax is actually the sort of-deceased protagonist. 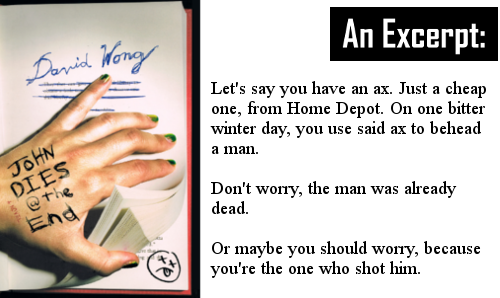 #3:  The First Fifteen Lives of Harry August by Claire North
Best Sci-Fi Guaranteed to Rip Your Heart Out and Run It Through a Meat Grinder

Written as a long letter to an archenemy from a man who loops through his life fifteen times, always starting in 1919. Quick disclaimer: the language can be a bit tedious, but let’s face it, if you were centuries old, you’d probably write like that too. Also, don’t read the ending in public. You will be sobbing by the end. And that’s no way to look on the train home. 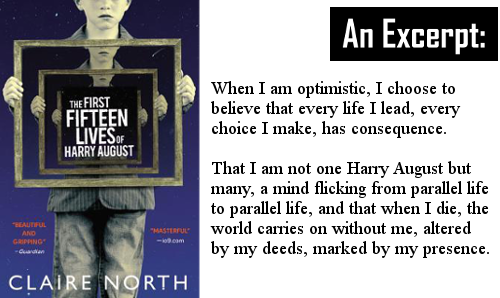 Imagine Firefly if several of the main characters were members of different alien species and the ship was being incorporeally possessed by an AI instead of River—that’s this book.  Bit of a hodgepodge of everything. It’ll make you think, if you want it to, but it’s also just really entertaining if you’re looking for a quick escape.

#5:  This Book is Full of Spiders by David Wong
Best Sequel with a Truly Disturbing Revelation about the Star Trek Universe

I feel like the title says it all on this one. If you liked John Dies at the End, you’ll blaze right through it. 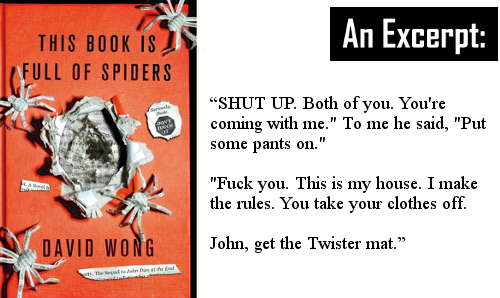 Originally, this list had five Neil Gaiman books and that episode of Doctor Who where the TARDIS becomes Suranne Jones, but I figured I should branch out.

The Graveyard Book is about a boy named Nobody Owens who is adopted by ghosts in a cemetery after his family is murdered. It’s arguably the best set-up for a fantasy story in history.

#7:  Zero Hour by Ray Bradbury
Best Short Story to Help Talk Your Significant Other Out of Having Kids

Alright, this is not a book—it’s a short story in The Illustrated Man. But I read this as a teenager, and years later, it’s still vivid as hell in my memory. So I’m including it. All the horror of Children of the Corn in a science fiction shell. 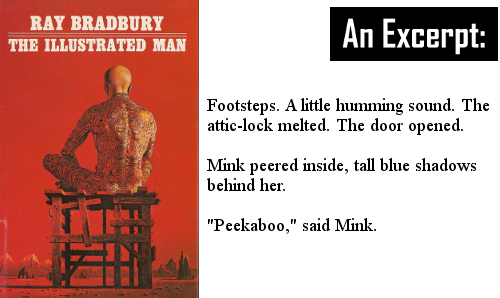 A Personal Note: It’s been a year since I started taking out my technological frustrations on WordPress. Believe it or not, I think it has actually helped me hold onto my sanity. Same damn laptop. Still a tongue-eating parasite, but it’s my damn parasite. More coding tutorials to tame the bastard to come.

Also, I tried—REALLY, I TRIED—to put together a list of my 15 favorite blogs, but I follow too many of all different kinds. Programmers, gamers, web designers, data junkies, comics, 3D artists, traditional artists, photographers, book reviewers, even some archaeologists and one insanely cool GIS analyst. They’re all the best in their own ways and enumerating those ways would take me another year.

4 Replies to “One Lovely Blog Interlude”